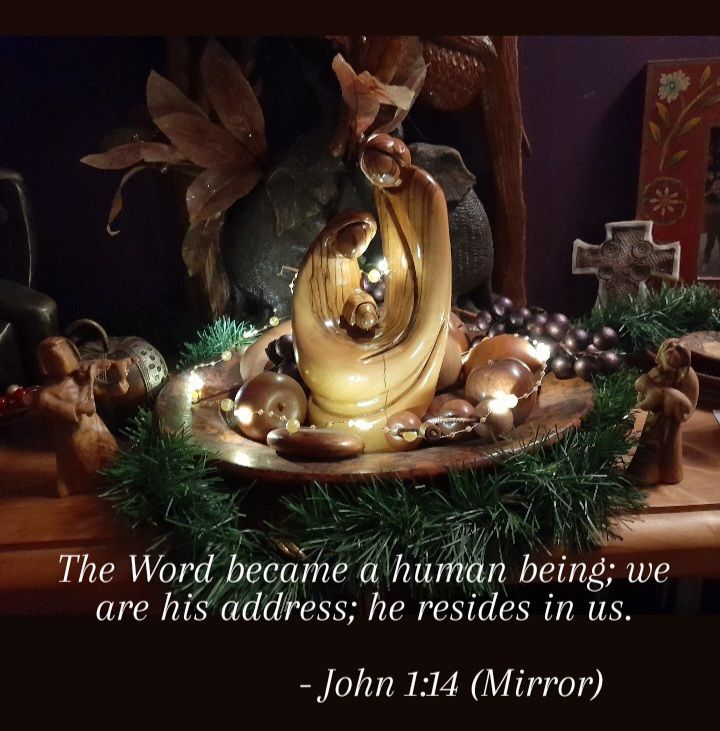 It’s nearly here again. This past year I have noticed more than ever a common theme on media sites/newspapers/seats of government and TV. If you say it long enough, and loud enough it soon becomes the perceived truth…even if it is far from the actual truth. Repetition makes a fact seem more true, regardless of whether it is or not. Psychologist Tom Stafford says ‘Understanding this effect can help you avoid falling for propaganda.’ Seems like a good plan, so I got to thinking about one of the great stories that’s been told for centuries, how it’s been served up to us and how that version has impacted so much of what we think about the person at the centre of the story.

Who doesn’t love the kids with tea towels on their heads acting out the nativity? It’s cute right? Gentle, sweet, peaceful and even a bit funny. Every feel-good vibe is wrapped up in the kindergarten theatre version and sure, it’s sweet to watch the kids act out their version of the Christmas story. Problem is, we get the same version in churches all over the world. Gentle, sweet, lambs, cows, camels, Thing is, every Dec. 25th we repeat the story, print it on cards, have models of it on the mantelpiece and in the town square and mostly we love it. It’s cute, It’s cuddly, it’s…mostly wrong!

No cows or camels to be seen in the actual story. Not even three wise men. Oh, and forget Dec. 25th ..didn’t happen, and the star lit barn is most likely, well, unlikely. There are shepherds, so maybe we can forgive the tea towels after all. Funny thing is…the guys who did show up, the shepherds, were, to put it mildly, the scum of the earth. Back then shepherds had bad reputations, untrustworthy, shady characters and no one had a good word for them. Yeah..his first visitors were not exactly the best examples of humanity, plus the fact they were tending sheep outside most likely meant it was more like spring, not winter. Mind you..his questionable birth etc. all went before their arrival…you know- pregnant before being married in that culture, and a bizarre story about that particular impregnation…it didn’t start well.

As for the ‘wise men’…probably astrologers….you know the kind of people the church has been warning us about for years…yeah them. They were the guys who showed up with the three gifts….(not three guys, three gifts..could have been two guys or sixteen guys…who knows, but still, they were dodgy astrologers). So, not three, probably not from the orient, maybe not that wise….they had no clue that Herod ( a well known psycho who had killed family members and rivals of any kind due to his own narcissistic, paranoid personality) wanted to kill the baby…but luckily they were warned in a dream..and Magi paid attention to dreams, so that paints a different picture of the wise guys …right?

Then there was that neurotic king who felt it was easier to kill all the baby boys under two years old rather than have someone usurp him one day. Now, images of thousands of dead babies might be an exaggeration , but let’s face it, even the notion of killing kids to keep your own political position safe is nasty, and killing babies, even a few, is largely frowned upon.

The stable probably wasn’t a stable, more like a spare room where sometimes animals might have been brought inside at points, but not necessarily at this point, and we read that when those wise guys showed up eventually, (aye, two years so no Magi GPS then lads?) it was two years later and the family were in a house.

Then there are the angels…who on our cards, look all lovely and artsy wearing long white gowns and basically being shiny. Well, if you believe such things, have a look at the reaction every time they appear, these suckers were terrifying…pant-wetting scary …everyone that sees them generally needs a change of their base layer.

So a peasant family with some serious social stigmas attached get a visit from the dodgy guys one spring night as they settling into a basic multi purpose room, spend a couple of years there and are then visited by dodgy astrologers as a mentally unstable king kills a bunch of young boys in the hope that he wipes out any rival early on……the dodgy, the violent, the disreputable, the social outcasts, the confusion, the neurotic leadership and terrifying other worldly preternatural beings, bring us a truer version of the Christmas story…but it just doesn’t play as well as the cute one does it?

OR……maybe it is the Christmas story we need..the story of the hope of the world coming in amongst it all…all the violence, all the socially despised, all the dodgy characters, all the insecurities, all the murder, the mistrust, the terror, the fear and the confusion…hope.. in all of it…Hope in a messy, broken world..in it with us.

Hope in all of the mess, my mess, your mess, our mess..with us…hope.

Probably won’t fly in the local kindergarten production this year though.

Merry Christmas and a hopeful 2023,